Thinking Back And Forth 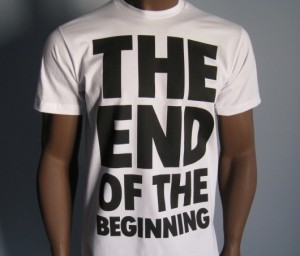 So you’re in Year 7 and you’re about to finish your first year, I just want to know – how does it feel?

I find whenever I ask Year 7s how they start their first year in high school they always say, “It’s so different!” but when I ask them again at the end of the year they say, “It’s not as bad as I thought!”

And it really isn’t.

Now that Term 4 is halfway done all you’re looking forward to is the end. But STOP for a second! I want you guys to pause and ask yourselves:

Pausing to see how far you’ve come is really important. When you pause to see that you’ve actually survived another year, you’ll realize that it’s actually gone by quicker than you thought. It’s an odd feeling to think that it was only yesterday you were getting ready to settle in to a different level of expectation and today it’s a routine.

And to think, there’s only 5 more years to go. 5 years seems like a long time, but believe me, it goes by quicker than you think. If you pause for just a moment now then you’ll realise that you’ve already gone through 7 years of schooling.

So in the chaos of it all, just stop what you’re doing and thinking back to think forward.