Finding My Creative Side 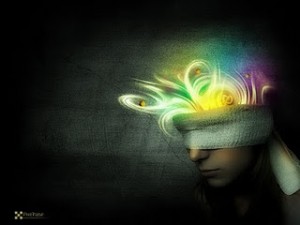 Creativity. It’s something most students think only belong to those who do drama, music or art. But it’s not true. Creativity is something that a lot of researchers want to get to the bottom of; unfortunately, it’s so complex that they seem to only see a billion pieces for a jigsaw puzzle rather than the bigger picture.

Now, I’m not saying that I see the big picture when it comes to creativity – not at all! Today, I just want to let you know that creativity is in different things. Yes, people who do drama, music and art are creative, but creativity can be seen in other subjects too. In English you’re all familiar with the ‘Creative Writing’ section of any exam paper, and I’ve written a previous blog on how to deal with that. In Science you’re all doing the same thing, but it’s when you see an answer that no one else sees in the experiment or in what you read, that’s creativity! In Maths it’s the same formula again and again, but usually the scenarios that hold the question is the creative part of maths – if you decode the story and get the answer in a different way, that’s creativity.

Creativity is in every single person. A lot of researchers are trying to see if you can train someone to me creative, truth is, creativity is both learnt and inherent within a person – even researchers can’t deny that. Since every person is unique, so too is their ability to create. So don’t be bogged down if you’re not the best actor, painter, musician or even author! You could be creative in other ways.

Put away the scissors and the glue; put the script down; and stop bashing the piano keys! Here are some ways to explore your creativity:

Doing little things like this will bring out a creative flair in you. These are just small things, but they’re just there if you feel like exploring you’re creative side.