The high school experience for me consisted of a lot of changes..

The most significant change was my move to Penrith High School from St Andrews College in year 11.
When I left St Andrews College I was ranked 12th in the grade for advanced math, came first in my class for English, Geography & Commerce, was ranked first in the grade for religion and achieved a shiny medal for academic excellence. But when I got to Penrith High School it was a completely different story. Being in a selective school, I quickly realised how much smarter all the other students were than me and to be honest it bruised my ego. I felt like no matter how hard I tried, I was sinking under the HSC workload and in the academic ranks too. So I began to settle for mediocrity, that is, I thought cruising through the HSC would be enough… and 2 years on, I regret this foolish mentality. 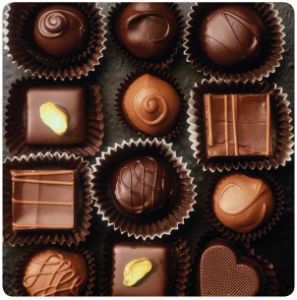 One day a friend of mine kept hassling me to get tutored at his centre (aka S4S Coaching). I was apprehensive at first, because I had tried tutoring before at another business and it felt like all they did was give you loads of work but never taught you how to do it. However, I soon discovered S4S Coaching were very different. First of all, the tutors were only a few years older than me, so when I answered or asked a question I wasn’t afraid my tutor, Abhi, would think I was stupid. I knew that he probably remembered the difficulty of trying to learn logarithms or projectile motion for the first time.

Another great thing about my tutors was that they would always tailor their teaching methodologies to the students. In a class of five girls, I remember Karam making chocolate analogies to explain quantum physics (because he was and probably still is under the impression that chocolate is the only way to get a group of girls to pay attention).

Finally, the fact that the tutors care about student welfare and wellbeing really set S4S Coaching apart from the business I had previously trialled. I remember I was waiting for one of my classes to start one day when I got unbearable cramps. My math tutor, Girgis, (who was unfamiliar with the troubles of being a girl) was so scared that he drove me an odd 15km all the way home!!

In order to sum up my senior years of high school, I would need to pay some sort of homage to the tutors of S4S Coaching who played such a huge role in those two years and helped me get into my dream course – BA Psychology and BHealth at Macquarie University. All three tutors changed the expectations I had of myself, gave me ambition and helped restore my confidence. So thankyou S4S Coaching!