Twelve minutes to work out your life plan

“We’ve been hearing some great study tips but now let’s hear from one of our most experienced tutors and what they went through during their HSC!”
Twelve minutes. After an exhausting thirteen months studying fifteen units (Maths Ext 2, English Ext 2, Chemistry, Physics and Biology), ripping my hair out, losing hours of sleep and over competing for the top rankings, all it took was twelve minutes. The tumultuous rollercoaster that we all know as the HSC was well and truly over, and by the end of it I felt like I’d been let in on a little secret that I like to think most people realise by the ends of their respective HSCs; a secret I’d like to pass on.

Starting the HSC felt a little bit like being thrown head first into the deep end of a pool and being told to swim to the other side where I could rest…except the pool was full of textbooks and notes and the beach was actually ‘my entire future!’. So what could I do? I started to swim, wading and working my way slowly through the paper. I had a goal- it consisted of a very large number that I was going to catch hold of, a number that could measure my potential to succeed, (or so I’d foolishly thought).

Given that I was studying fifteen units, I found myself at school the equivalent of an extra day a week. Tuesdays were long days with an 8am start in Extension 2 Maths that continued until 6 o’clock in the evening when all I wanted was to crawl into bed. Slowly, I started to get used to it- studying became a habit and habits are harder to break than to follow.

My day would start at 5am sharp and I would get up before the sun, flick the light on above my desk and complete a HSC paper till 7am. By this time I was fully awake and starving- foooooooood! I got a lot of joy out of cooking up a storm in the mornings. By 8 or 9am (depending on the classes I had that morning) I’d be at school and ready to study, sit assessments, revise and mess around with friends (typical school based activities- with the typical hyper competitive me). At home I’d ‘power on’ continuing to revise my material in the afternoon. By night time…I was essentially dead. I guess I started to see to books and papers as work or something I had to achieve. Reading a novel, something I’ve done all my life for fun became an arduous task akin to filing taxes or a visit to the dentist. All I wanted was to finish already so I could get back to having fun- back to spending lazy afternoons reading in the sun believe it or not!

Drive. I’m not sure where it came from but I had an indisputable drive to succeed in my HSC. After a long year I found myself sitting in an exam room- trying my utmost to exceed everyone’s already high expectations. And you know what- I did meet everyone’s expectations…everyone except myself that is. When I got my marks back, typical of many high achievers, even though I’d totalled eight band six results and an ATAR of 99.35, I found myself completely and irrevocably disappointed. Why was this I pondered? Was it because there were still some, not many but some courses I couldn’t get into with this ATAR? Was it because I’d genuinely expected higher?

Looking back makes me realise it wasn’t any of those things. I’d turned the HSC into a measure of success- of myself…something that it had never been. After a year of work, all it took was twelve minutes behind a computer screen to work out ‘the rest of my life’- what I wanted to do with my shiny new ATAR. I signed up to study a Bachelor of Psychology at The University of Sydney solely as it allowed me to keep studying both the arts and sciences. 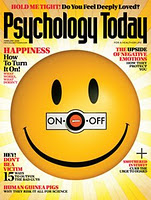 Within psychology there is a subdivision known as positive psychology whose primary concern is the optimal human performance and functioning. Contrary to popular opinion this is not with reference to who can get the most work done or make the most money or pick up the highest marks but to who can achieve the most happiness. The HSC brought me a lot of stress, anxiety, worry and deprivation. However, it also brought me not ounces, nor pounds but tonnes of happiness. Happiness that can only be found when we decide from the bottom of our hearts that we want something- and whether we get it or not does not matter. It is that realisation that we are able to pursue, without fear or impedance that which we decide counts the most and it is the journey towards it that brings us joy.

Exams don’t scare me anymore. Textbooks don’t look like washes of text waiting to swallow me. Results are no longer markers of who I am and believe it or not I’m dying to open my course reader these days. The secret that the HSC teaches you is if you want to succeed in anything you must use your study or work to help you achieve what you have chosen to pursue (even if it you chose in only twelve minutes). Study because you want to know about something, not because you want a number or a mark or a promotion or a title. Because if you do, you’ll find yourself hating the things you used to love and subsequently doing much worse at them. The secret is to always use the study but never let the study use you.